Are you curious about the local context outside the lecture theatre? Step into the urban jungle and join one of our hand-picked free City Walks. Experienced local guides – some of them anthropologists – will quickly immerse you into Poznań’s atmosphere. They will acquaint you with stories outside the mainstream narratives. Three exclusively curated walks are available to you: The Jewish Heritage Route, The Women of Poznań Route and The Uncanny (Stories) Route. Let’s get lost in the backstreets of the history and the present together!

Enrolment for the tours will take place during the Inter-Congress at the registration desk.
Be quick – the number of participants is limited. 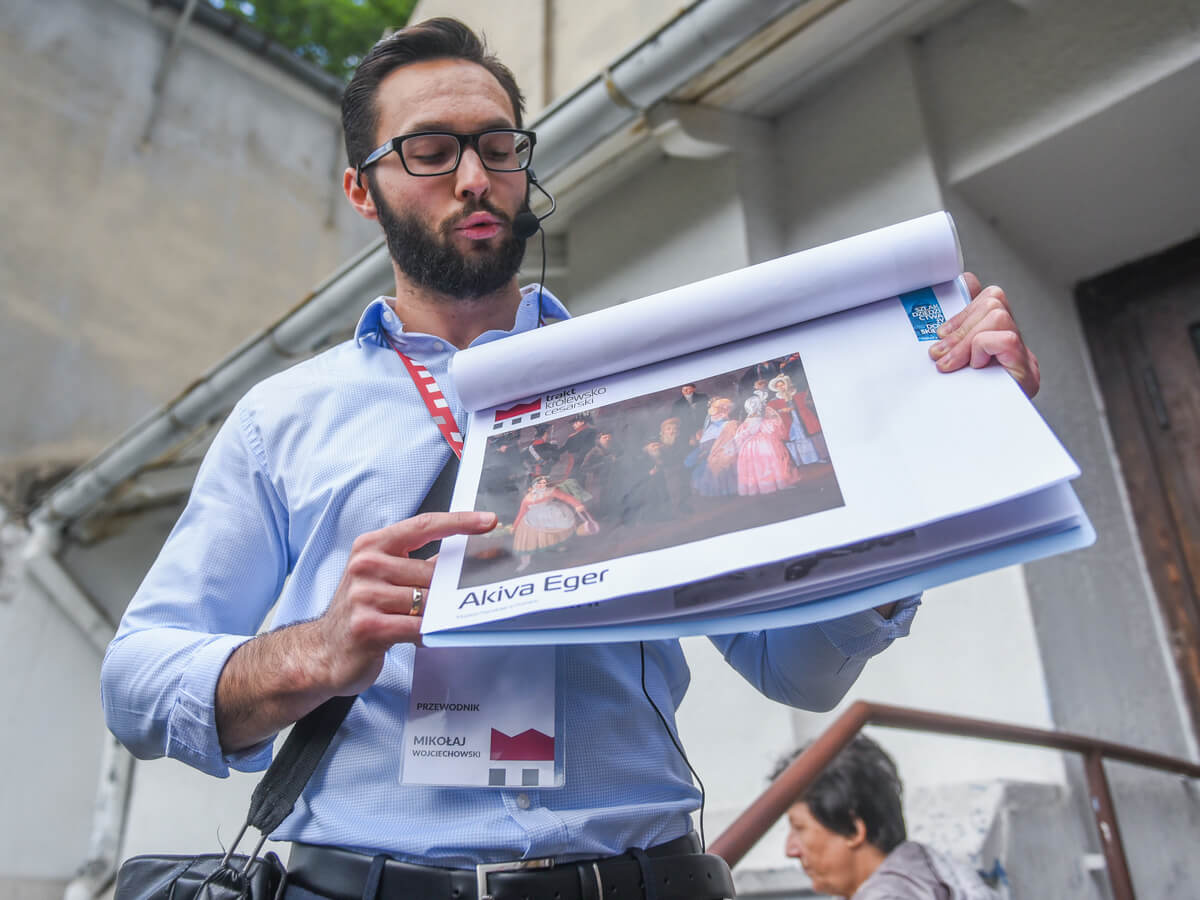 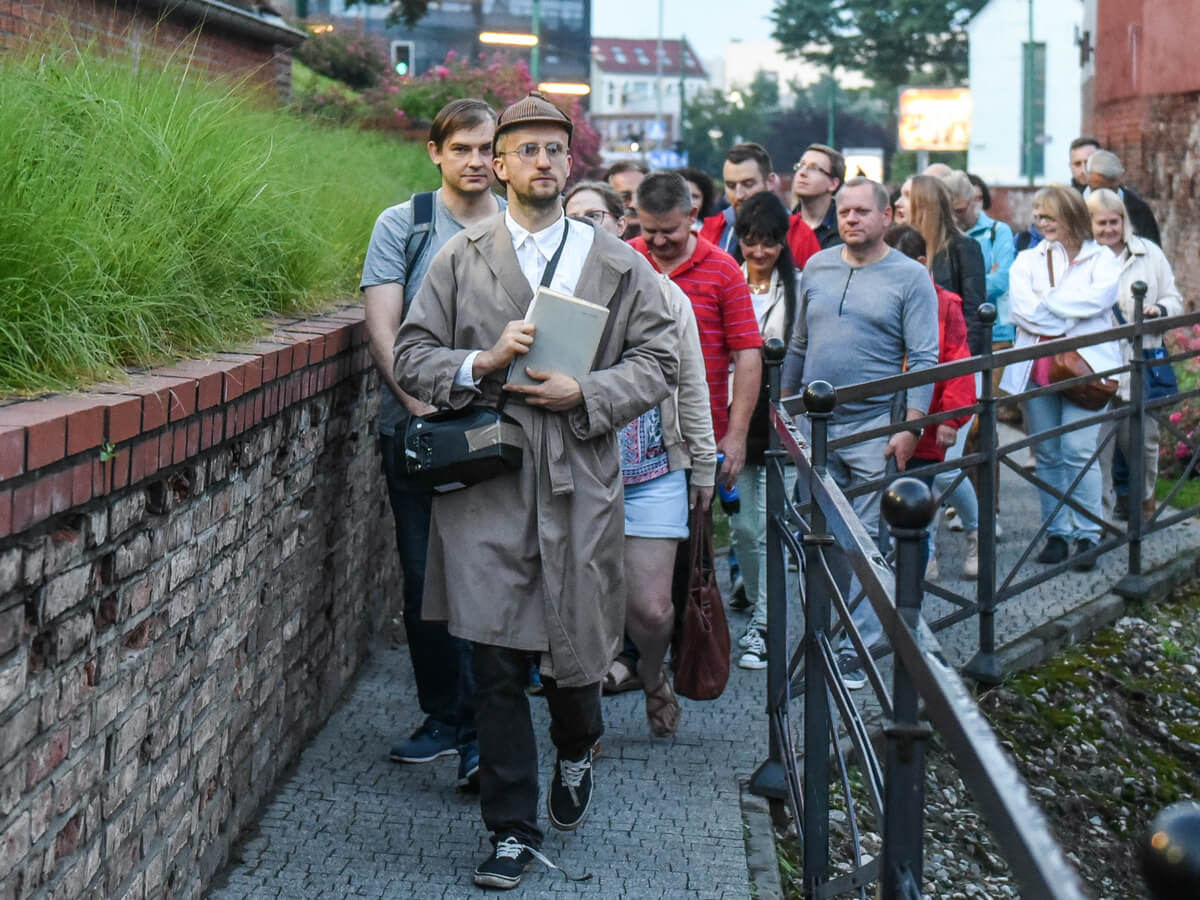 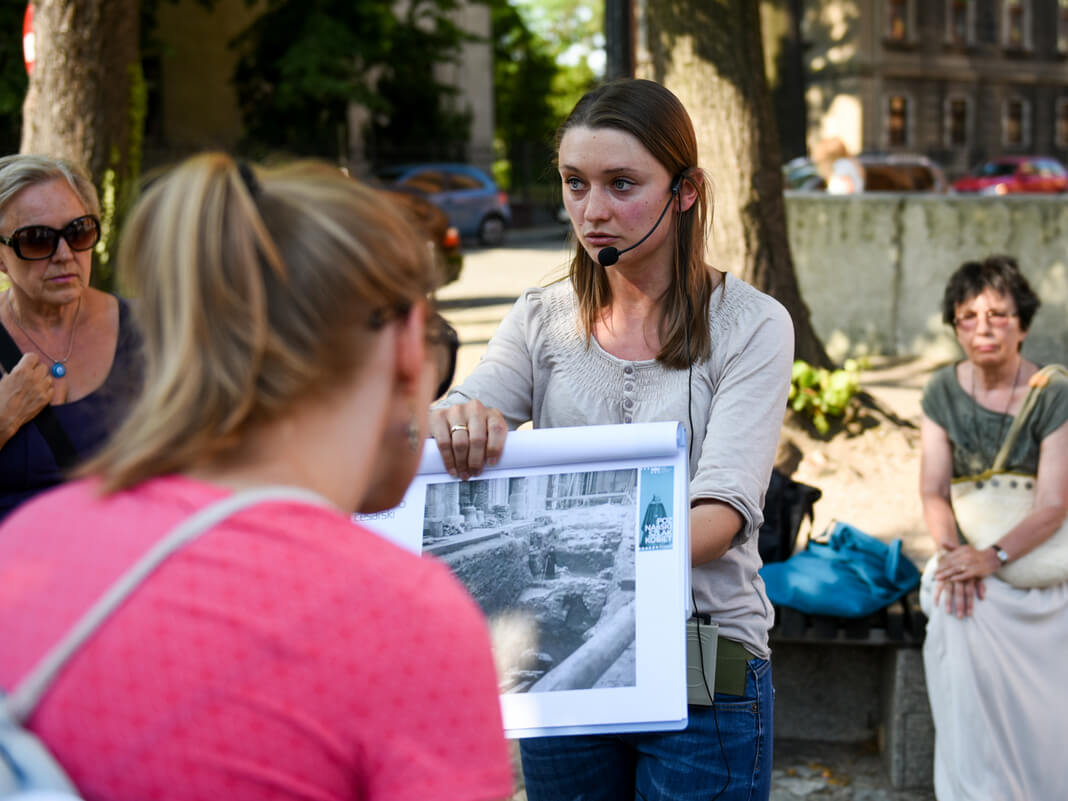 Poznań boasts a centuries-long tradition of biculturalism in which Christians and Jews lived side by side. Followers of Judaism first arrived in the capital of the Wielkopolska region before the city’s founding – they were already present in the courts of the Piasts, the locally ruling dynasty.
When the streets of medieval Poznań were first staked out in the 13th century, Jews were assigned to its northern section. Since that time, the fate of their local community was closely associated with that of the city. During the centuries that followed, Poznań was home to the largest and best-known Jewish community in all of Poland.

During the Partition of Poland, Poznań was long an essential hub of Jewish life in Prussia. The local followers of Judaism bridged the cultural gap between the Jews from East and West. They used the equal status granted to them by the Prussian state to help develop both Polish and German culture. Although, over time, they were increasingly influenced by the latter, they did not lose their own identity.

World War I disturbed Poznań’s prior social order. Once Poland regained independence, the city’s well-to-do Jewish community, which largely emigrated to Germany, was replaced by less affluent Jews from the Polish lands formerly ruled by the Russians and Austrians. The breakout of World War II rudely and abruptly interrupted the life of Poznań’s Jewish community. The Holocaust tragedy devastated the community, wiping out many traces of the centuries-long Jewish presence in the city.

THE WOMEN OF POZNAŃ ROUTE

Most accounts of the lives of women over the centuries are reported by men from their (frequently) unfavourable perspective. The tendency to exclude women in this way has persisted in Europe, including Poland and Poznań, all too long. For some time now, describing women exclusively through the lens of the male experience has been considered to be inaccurate and biased.

Despite the constraints of custom, culture and politics imposed on them, many women throughout the history of Poznań managed to play a significant and independent role in the city. Helped at times by favourable circumstances, they used their innate talents and acquired skills to achieve admirable feats. Rather than limiting themselves to housekeeping and child rearing, they actively engaged in all possible aspects of life, often achieving more than their male counterparts.

Poznań is rediscovering its own folk stories. The city, during the early Polish State, was inhabited by people of different nationalities and religions, so there are many curious stories and old legends that we can study. We will take a look at how the Jewish court was trying to resolve certain property claims between the living ones and… ghosts, we will learn about Saint Peter’s sword (the very same used to cut off the ears of Roman soldier in ancient Palestine), encounter the famous bucking goats, werewolves, and witchcraft, and pick up news about secretive political intrigues.

The witty tour is designed to show some peculiar stories but also to present them in a wider historical context to get better understanding of some aspects of Poznań’s history. During the tour you’ll gain insights into contemporary tourism and identity processes – how present organisations (municipal, touristic and commercial) are trying to use the past to achieve their individual goals.