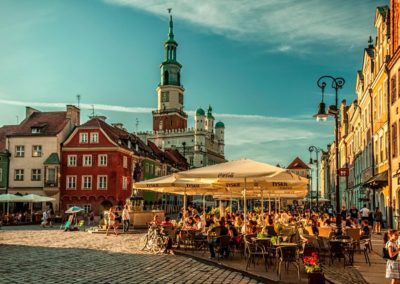 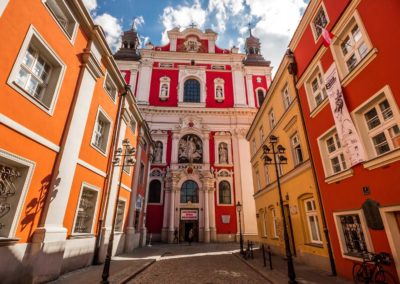 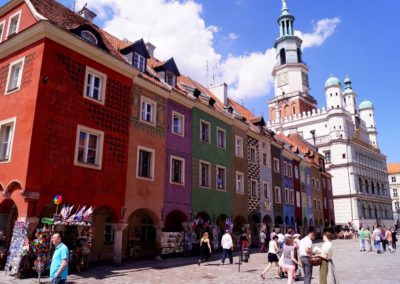 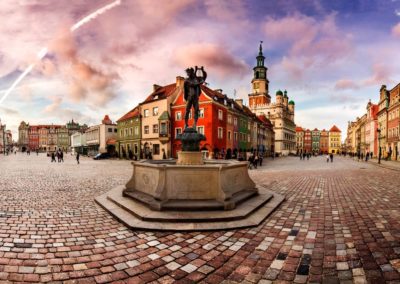 Poznan, a half-a-million city in western Poland, is located at the crossroad of the largest European transportation routes connecting Moscow with Berlin as well as Paris and Madrid, Budapest and Prague with the Baltic coast and farther on with the Scandinavian Peninsula. This location of the city, which favors the coexistence of many nationalities and cultures, was conducive to Poznan being an important meeting place in Central Europe.

The region is the cradle of Polish statehood. The city of Poznan is where the oldest Polish cathedral is situated (968) together with the tombs of the first sovereigns of Poland. Many events important for the history of Poland and Europe took place in Poznan, such as the Greater Poland Uprising (1918–1919) that brought Poznan and most of the region back to newly reborn Poland or so called ‘Poznan June of 1956’, a mass protest of workers at the city’s Cegielski locomotive factory that developed into a series of strikes and protests throughout Poland against the policies of the communist regime.

Poznan is located on both banks of the Warta River. Its residential and industrial districts are divided by two stretches of green areas. The north-south line features the bed of the Warta River with many parks and wetlands, while the east-west line features areas around the Cybina Valley and Lake Malta – east of Poznan and the Bogdanka Valley and Lake Kierskie – in the west of Poznan. These naturally formed green areas give the city a star like shape and are an exceptional city planning and spatial solution. Green areas uptake almost one third of the city area and Morasko – where the Adam Mickiewicz University campus is located – is one of the two natural reserves within the borders of the city.

Poznan cultural climate is formed by the wide range of festivals. Major international events hosted here include: Malta Festival – the biggest alternative theatre festival in Poland; Dancing Poznan – which has been attracting dancers from all over the world for 17 years; Made in Chicago Festival – the only festival of the Chicago Jazz School in Europe; Animator Festival – the biggest festival of animated films in Poland; Ethno Port Festival – recognized as one of the best 25 world music festivals in the world. One of the icons of Poznan independent culture is a legendary theatre ensemble called “The Eight Day Theatre” – a symbol of politically engaged theatre pulsating to the rhythm of the most momentous political and social events. The group originates in the alternative student theatre movement of the 1960s and was founded by students of the Adam Mickiewicz University. Poznan is also a city of the oldest squat in Poland. It is called “Rozbrat” and serves as a home for squatters as well as a centre of independent culture, hosting gigs, an anarchistic library, exhibitions, poetry evenings and graffiti festivals. 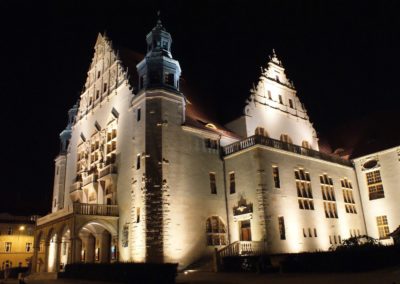 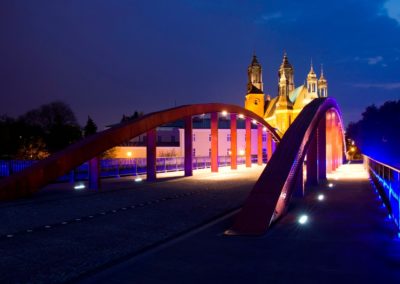 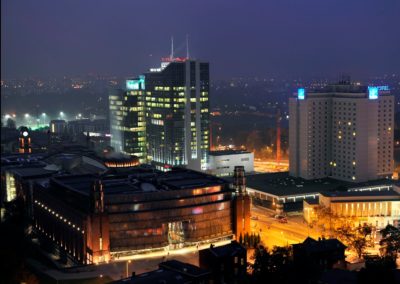 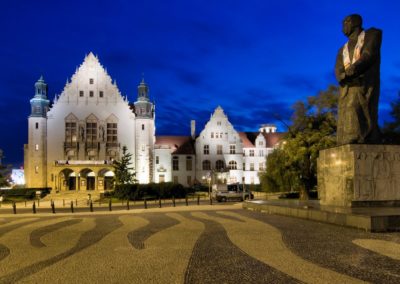